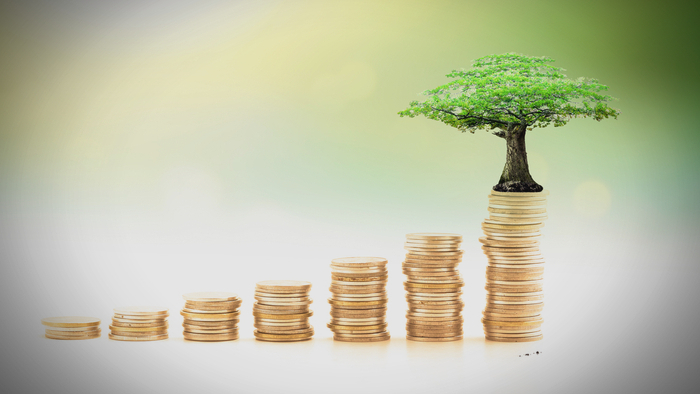 One of the ways donors can have a profound impact on the future of NAM is by making a gift to the NAM Endowment Fund.

The NAM Endowment Fund was created in 2000 to enhance the financial stability of NAM, and ensure that NAM will always be here to help Neighbors in Need.

The NAM Endowment Fund has grown to over $3.1 million dollars and with a record gift this year of over $193,000, the NEF has distributed annual gifts to NAM totaling more than $1.1 million dollars.

Primarily funded by planned gifts, the NEF has a goal of growing to more than $10 million dollars over the next 10-15 years. Planned gifts to the NAM Endowment Fund can be made through stocks, bonds, life insurance, IRAs and other retirement assets, real estate and more. Planned gifts do not affect current cash flow and may provide tax benefits for the donor. Contributions to the NAM Endowment Fund can also be made as one-time gifts or as part of a regular IRA distribution.

If you are interested in making a contribution to the NAM Endowment Fund or a planned gift to NAM or to the NEF, please contact Brian Carr at 281-885-4605 or [email protected]

We thank you for your continued and generous support of NAM.  We could not meet the needs of our neighbors without the considerable and consistent financial commitments from you and other core donors.  The needs in NAM’s service area continue to grow year-after-year.  Recent catastrophic events such as winter storm Uri, hurricane Harvey, and the Covid-19 pandemic have had a devastating impact upon many in our community.  As committed donors you are crucially important to providing a financial foundation for NAM’s many services to our community.

As faithful supporters of NAM, we would like to provide you with information concerning two unique means of leaving a legacy of financial support for NAM in perpetuity.  These related commitments to NAM’s long-term financial foundation are NAM’s Legacy Society and NAM’s Endowment Fund.

The Legacy Society is comprised of donors that have made a commitment to include NAM and/or NAM’s Endowment Fund in their estate plans.  NEF’s Legacy Society is a fairly recent endeavor having only begun in 2017.  In just a few short years, this Society of committed NAM/NEF donors has grown to 68 members.  Through the commitments made by these generous donors, we can be assured that NAM will be helping our neighbors in need for years to come.

The original objective of the NEF was to increase the financial security of NAM and endeavor to cover NAM’s annual building maintenance costs through distributions.  The $100,000 annual distributions paid out in recent years has achieved that initial goal.  As the Endowment Fund grows and its annual distributions to NAM increase, thereby covering a greater share of NAM’s overhead expenses, a larger share of donors’ gifts go directly to funding NAM’s programs serving our neighbors in need.

Through continued donations, fundraisers, and investment returns the NEF has grown at a compound annual growth rate of over 20% since 2015, net of annual distributions to NAM over the period exceeding $574,000.  Based upon historical income, the NAM Endowment Fund balance is projected to grow to over $6 million by 2030 providing for increases in the annual distribution to NAM of more than $225,000 by 2030.

Through generous historical giving and projected future giving, the NAM Endowment Fund will continue its objective of providing increased financial security to NAM and a growing, sustainable source of funds to offset a significant portion of NAM’s operating expenses.

Contributions to NAM’s endowment fund can be made as one-time gifts, planned gifts (gifts made on a regular basis), and/or inclusion of NAM’s Endowment Fund in estate plans.

For those born July 1, 1949 or later, IRA Required Minimum Distributions (RMDs) have been delayed to age 72 (was 701/2).  However, those 70.5 years or older can still donate up to $100,000 to a qualified charity from their IRAs without increasing their taxable income.

For those who are required to take RMDs, such eligible direct donations from IRAs to qualified charities could also serve to reduce taxes associated with:

We hope that you will give thoughtful consideration to making a planned gift commitment to NAM’s Endowment Fund and becoming a member of NAM’s Legacy Society.  We thank you for your continued support of both NAM and the NAM Endowment Fund.  Without your support and commitment, we could not perform our mission of Neighbors Helping Neighbors.

If you are interested in making a planned gift to NAM or NAM’s Endowment Fund, please contact Brian Carr at 281-885-4605.

The Giving Heart of Grace B.

It was Spring of 1997 when Grace B. made her first donation to Northwest Assistance Ministries. It was a simple gift of $25 dollars but it was going to a good organization that was helping a lot of people. In November of that same year, Grace once again made another $25 donation to NAM. She continued to give the same amount twice a year until her death in 2017.

Grace and her family moved to Houston in 1937. She worked at Peden Iron and Steel where she met her husband. Grace and her husband enjoyed traveling around the US. She felt good about her gifts to NAM. She liked that NAM was serving homebound seniors through the Meals on Wheels program and hoped her gifts helped some of her fellow seniors.

Grace and her husband did not have any children but continued to draw joy from the charities that they supported. They never considered themselves wealthy but lived a comfortable life in the Heights neighborhood. Along with the charitable giving, Grace and her husband were savers. They wanted to be prepared for any emergency and looked forward to a retirement busy with travels and blessing others as they had been blessed.

Grace’s husband preceded her in death but she continued her support for NAM until her passing in 1997. Her generosity has now outlived them both. Prior to her death, Grace worked with an attorney to arrange the settlement of her estate. She wanted dearly to make a sizable gift to NAM and a handful of other charities that were close to her heart. In late September, 2020, NAM received a sizable bequest gift of from Grace B.’s estate. It is one of the largest estate gifts received by NAM.

Grace’s gifts were heartfelt and over the years certainly made a difference. Her commitment to supporting her fellow seniors and the work of NAM even after her passing is a testimony to her generosity and love, and is such a blessing to clients of Northwest Assistance Ministries.

Many think that their donation doesn’t make much difference but take it from Grace; every gift helps. Please consider following Grace’s heart and include Northwest Assistance Ministries or the NAM Endowment Fund in your estate plans. You too can make quite an impact.

So, in closing, thank you Grace B. Thank you from all of us at NAM. 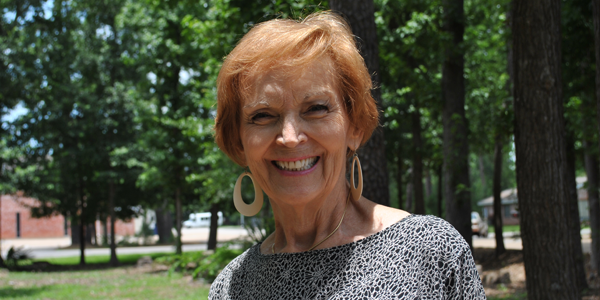 Donna and Tom Asbill had never heard of NAM. But when their friends, Joe and Linda Fowler, invited them to one of the first Jeans & Jewels galas, they graciously accepted. They enjoyed the evening, and sometime later Donna saw an article in her neighborhood newsletter about NAM's need for volunteers. So she attended a volunteer orientation and signed up to deliver Meals on Wheels to homebound seniors.

That was more 15 years ago. In the years since, Donna has delivered hundreds of meals, driven dozens of seniors to medical appointments through NAM's Senior Wheels program, attended numerous events to benefit NAM, and offered generous, faithful financial support.

Tom passed away several years ago, but Donna continues to support the organization that meant so much to both of them. "Tom believed in NAM," she said. "When I went through NAM's volunteer orientation, I was blown away by all that NAM does. And once you meet the people that you're helping...well, it was an awakening."

To continue their support well into the future, Donna decided to make a planned gift by designating a portion of her IRA estimated at around $200,000 to NAM. "There's a need," says Donna. "I thought that was a good use of an IRA. And you know, we can't take it with us."

Donna enjoyed spending time with her children, grandchildren and parents. She was active at her church, Tallowood Baptist Church in the Memorial area, and continued to care for seniors at NAM through the Meals on Wheels program.

Giving, she says, was always a way of life for her and Tom. And she encourages others to do the same. "We give so people will be cared for. It's what God called us to do," say says. "Bottom line, I think God wants us to do it."

Donna was so special to NAM, she was honored at the 2018 Jeans & Jewels Luncheon, even making the event just days after being released from the hospital. She loved Jeans & Jewels and was a strong supporter of the events.

Donna Marie Asbill passed away on November 6, 2020. She is survived by her daughter Dawn Elizabeth and husband Michael Greiner and son William Todd Anderson and wife Monique, stepdaughter Autumn Asbill, son in law Dwayne Theis and nine grandchildren. The family asked that memorial gifts be made to Northwest Assistance Ministries.

As Donna’s estate goes through probate, NAM is listed as a beneficiary of her IRA account and thus avoids probate. 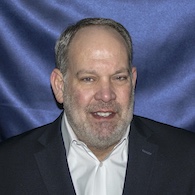