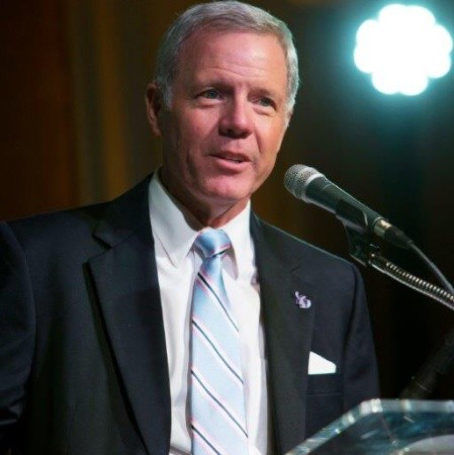 HOUSTON— Northwest Assistance Ministries (NAM) Board of Trustees has announced the appointment of Les Cave as NAM’s next President / CEO. The official job title will be “Linda and Harlan Martens Endowed President/CEO” in reference to the endowed fund set up to support the position.

“The board conducted a thorough search, and we were delighted at the talent that came forward and showed an interest in the position,” said Michael Watford, Board Chair.  “We are thrilled to have someone of Les Cave’s caliber and background to lead NAM into our next chapter,” continued Watford.

Les started in fundraising when he worked at the Presbyterian Medical Mission Fund where he raised money for medical care in developing countries.  From there he worked with Private Sector Initiatives (PSI), Rice University, and was the Executive Director / Campaigns and Major Gifts at UT Health Science Center.  With his proven record for successful fundraising, he was asked to serve as the President of the CHRISTUS Foundation for Healthcare in 2003.  In 2010, he became the organization’s Director of System Philanthropy.

Les will begin his tenure at NAM during a period of tremendous growth and program expansion.  Just during the 2016-2017 fiscal year, not only did NAM serve over 129,898 individuals, but the year also saw the start of NAM’s Disaster Relief program, the expansion of its Meals on Wheels service area, and the opening of The Harrell Family Opportunity Center, which allowed NAM to grow its vocational programs and provided a permanent home for NAM Resale.

“NAM is an incredible organization,” stated Watford.  “And we are confident that the experience Les has will help NAM deliver even more services to the community.”

Northwest Assistance Ministries is a non-profit, community-based social service agency that strives to meet basic human needs through Neighbors Helping Neighbors. NAM provides assistance in areas such as food, shelter, health, education and domestic violence awareness and intervention. During its last fiscal year, NAM touched the lives of more than 129,000 people through its many programs and services.