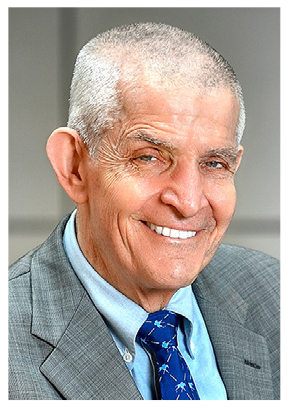 The event will take place at 6 p.m. Tuesday, April 14, at Shirley Acres. Melissa Wilson, co-anchor for FOX 26 morning news, will serve as the event’s emcee and moderator of the conversation.

Born in Mississippi, McInvale attended high school in Dallas, and he was a student at the University of Texas and the University of North Texas, where he played football for both schools in 1969-1970 and 1972-1973, respectively. After college, Mack worked at a convenience store where his boss did him a huge favor one day: firing young Mack. Refreshed and determined to make a name for himself, Mack found a job at a furniture store on the other side of town where he diligently worked, absorbing the business practices and trades of the furniture industry. Inspired, Mack made a decision that would forever change his life and the competitive world of the retail industry: to open up his own furniture store. He started Gallery Furniture in 1981. In 2002, Mack co-authored the book Always Think Big, which chronicles the ups and downs of his entrepreneurial career. In 2017, after Hurricane Harvey devastated the Houston area, Mack opened up his store as a shelter to anyone that was displaced due to the storm and flooding. He posted the invitation on social media and offered to use his company’s moving trucks to rescue people trapped in their homes or stranded on highways. Ten to fifteen of his trucks took to the flooded streets and helped rescue about 200 people. Outside of Harvey, Mack has been involved in helping people with obsessive-compulsive disorders, making mental health care available to those in the city, funded a mobile stroke unit from St. Luke’s Episcopal Hospital and donated thousands of units of furniture to Houston area schools and homes in the community that are in need.

Tickets to the event are $175 per person, with tables starting at $1,750. Proceeds benefit the NAM Endowment Fund and promote its mission to enhance the financial stability of NAM and provide security for its future.

Northwest Assistance Ministries is a non-profit, community-based social service agency that strives to meet basic human needs through Neighbors Helping Neighbors. NAM provides assistance in areas such as food, shelter, health, education and domestic violence awareness. In the last fiscal year, NAM touched the lives of more than 132,000 people through its many programs and services.